Divert the bulk of A36 (city ring road) westbound traffic away from the village. This is achieved by converting Rossiter Road, along the river, from one-way eastbound to two-way.

One of the main reasons why the Widcombe Association was formed in 1981 was to campaign to restore our ‘High Street’ (comprising Widcombe Parade, Sussex Place and Claverton Buildings) to its original status as an attractive, successful shopping area, released from the noise and environmental pollution of busy main-road traffic.

B&NES Council Cabinet finally approved the plan in June 2012. Work on the Parade began in June 2014 orginially due for completion by December 2014.

Read the History of the Project here…

Works on Rossiter Road in Bath are nearing completion; on Friday June 5, west-bound A36 traffic will be switched onto Rossiter Road, restoring Widcombe Parade to a local high street. On Sunday June 7, all work will be suspended and Widcombe Parade closed to traffic for the Widcombe Street Party on 7th June

Following the party, Bath & North East Somerset Council’s contractors ERH will return to finish the scheme – this will include:

Latest Timings given for works (as at 20th April 2015) are as follows: 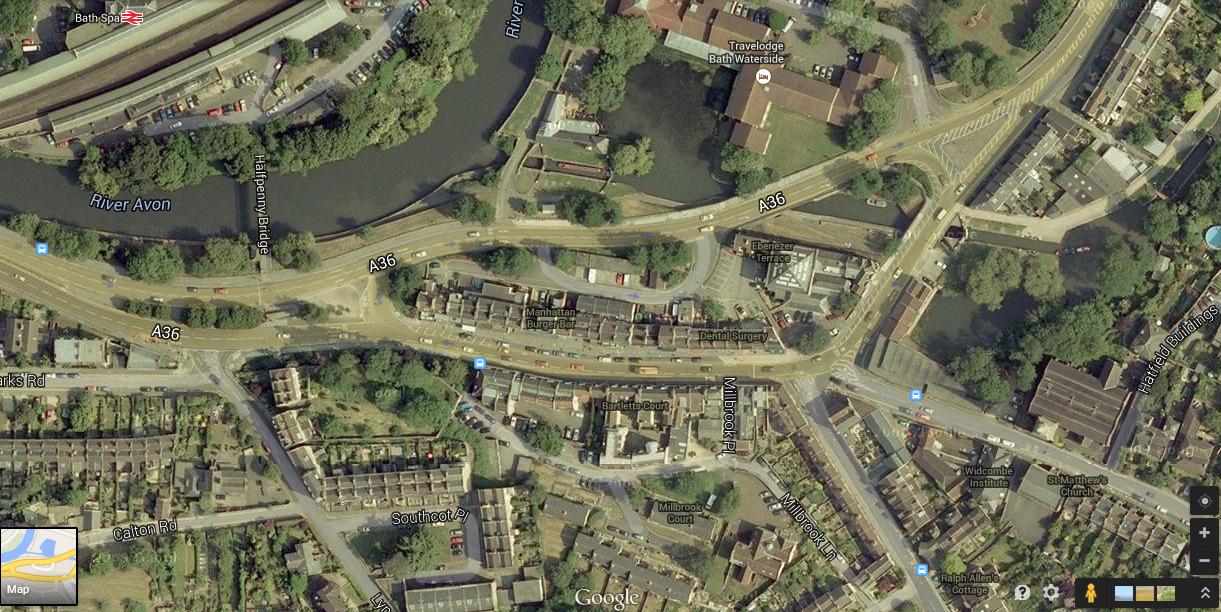 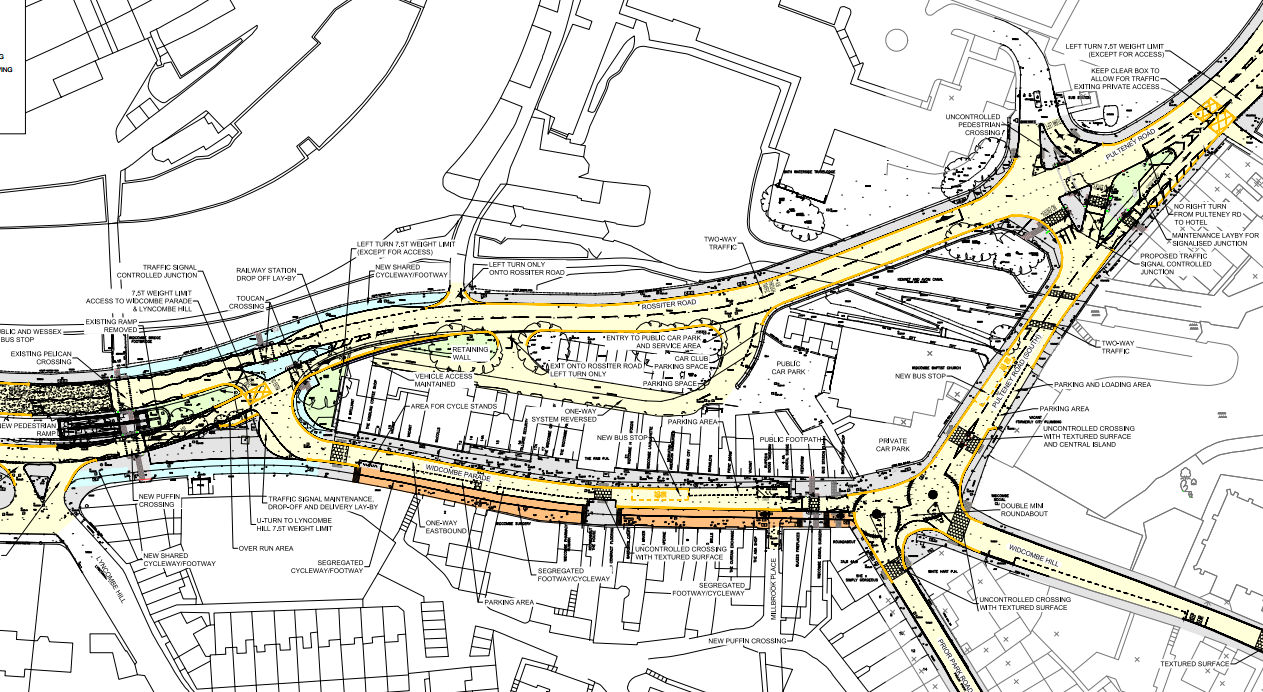